During Advent, you've taken turns to bring home Mary & Joseph and look after them for the night, keeping them very busy. Now it's time for them to enjoy the holidays - you can see what they get up to below. Check back each day for a new update.

After a long and busy month, Mary and Joseph wanted to relax. So, instead of cooking they decided to go out for dinner and have a Turkish BBQ feast.

Joseph and Mary went into town this afternoon for some last minute Christmas shopping (they had forgotten to buy presents for the 3 wise men!). In between shops, they had a quick break to take a selfie by the Christmas tree. 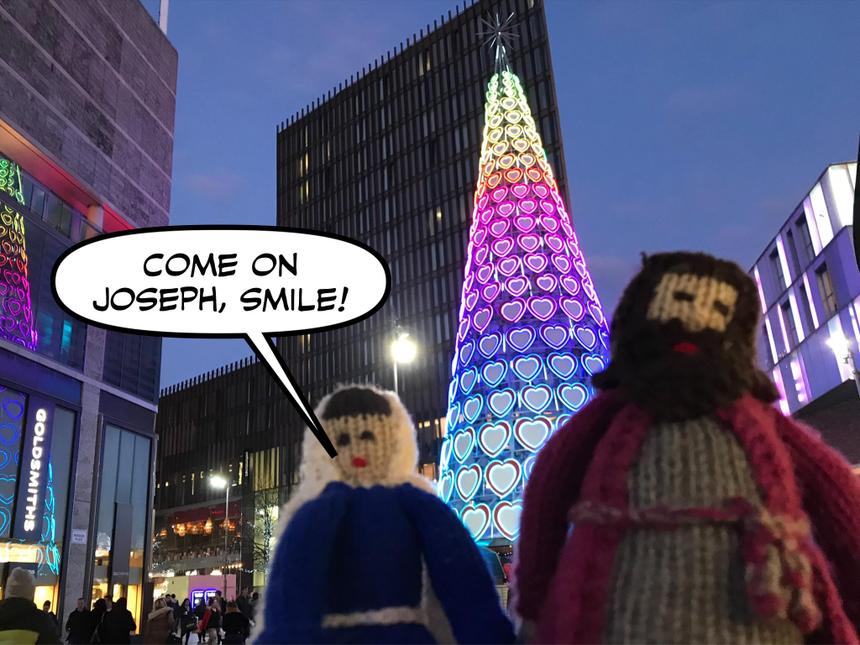 Mary and Joseph have a long night ahead of them so spent the day relaxing. They went to the cinema to watch a movie and had a big burger for lunch. When they got home, they hung up their stockings for Father Christmas... but Joseph could only find dinosaur socks!

Today, Mary and Joseph have been busy in the kitchen, making Christmas dinner. It was hard work but worth it in the end. They wish you all a merry Christmas!

Mary and Joseph chilled out with some movies and chocolate today. At least... that was the plan. When Joseph went to have one all the chocolates had mysteriously disappeared! 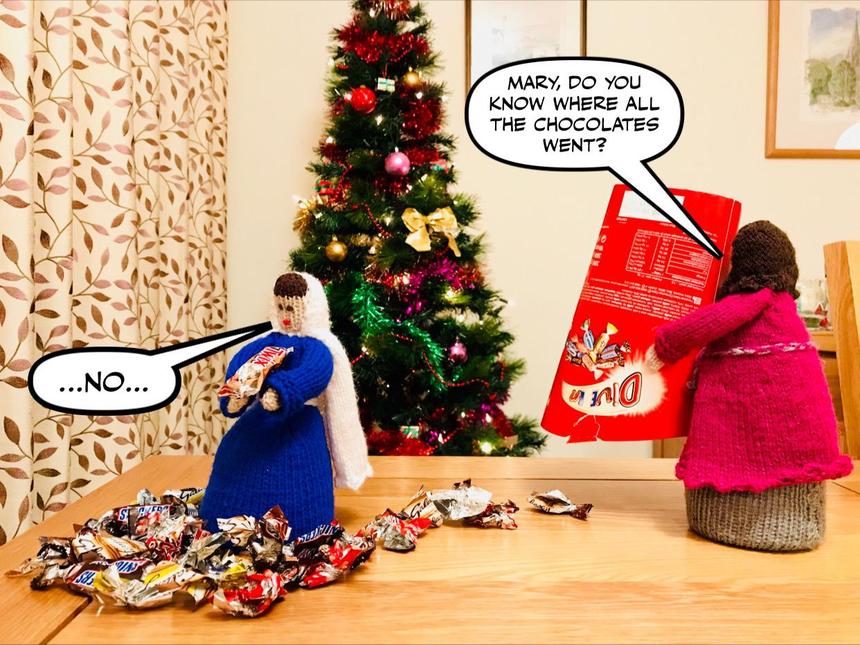 Apparently there's a new Star Wars movie out. Who knew?! Mary and Joseph couldn't wait to get to the cinema (again) to watch it. When they were there, they saw some not-so-friendly faces. Don't worry - they got away in the end! 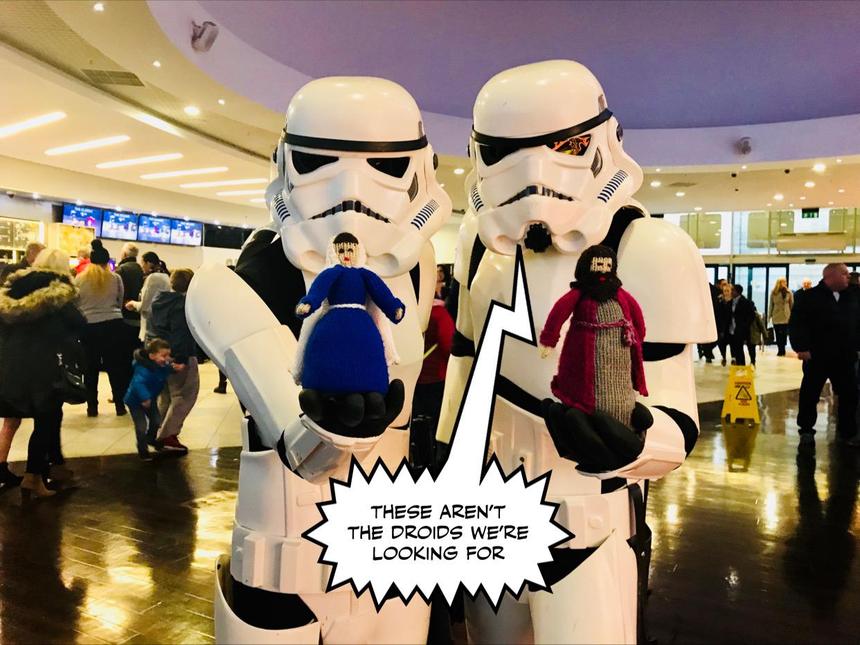 Today, Mary and Joseph were feeling hungry so they headed to their favourite Mexican restaurant. They had some delicious fish and fried chicken tacos amongst other things. They also bumped into someone they recognised in Aldi...

This afternoon, Mary and Joseph visited Mrs Baird's house - they wanted to see her reindeer! The reindeer were a bit bigger than the donkey they were used to and Joseph got a bit carried away... 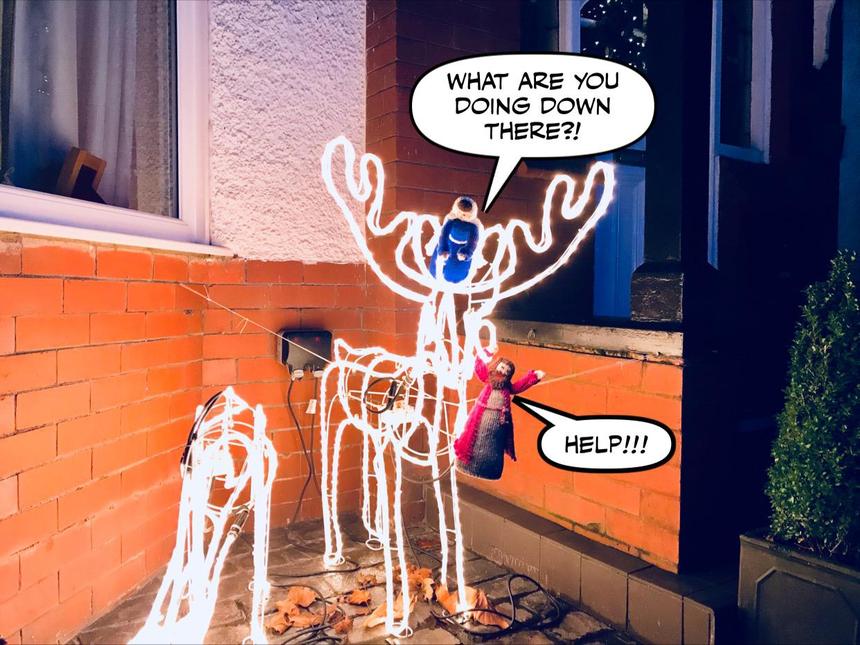 This afternoon, Mary & Joseph decided to eat out for a change - surprising I know. They headed to their favourite Mexican restaurant again and shared some tortilla chips with salsa, a tray full of delicious tacos (chicken, halloumi, pork, brisket and fish if you were wondering) and finished with a chilli chocolate brownie. 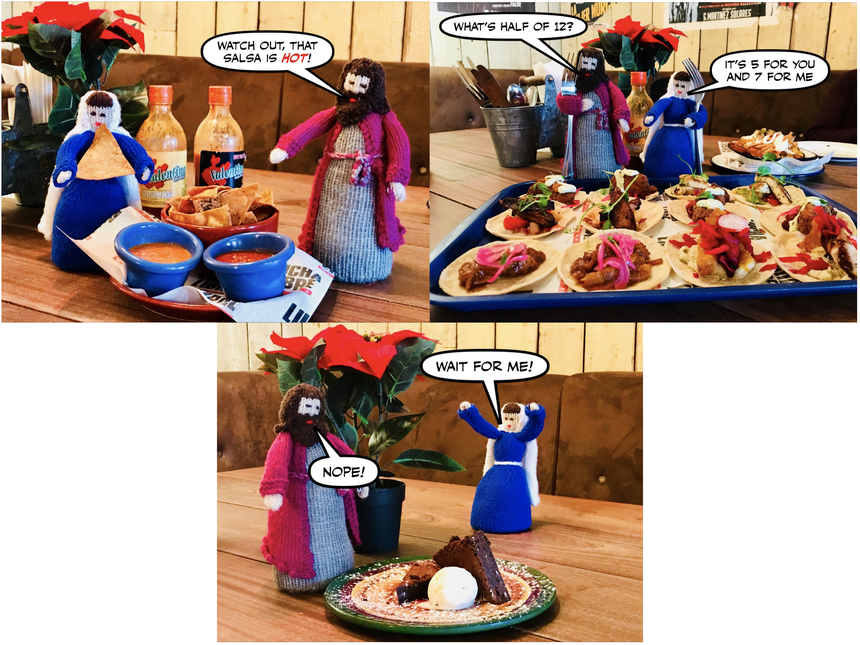 However that's not all they got up to today. By far the most exciting thing that they did was go to the Philharmonic Hall to watch a movie. This was no regular showing though - along with a movie a live orchestra played all the music! 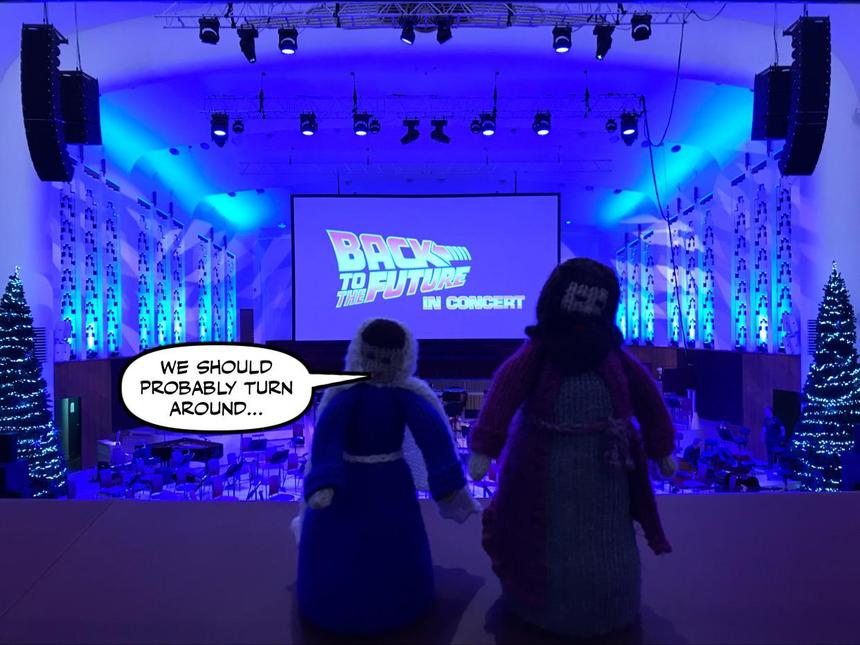 Mary and Joseph baked a lemon tart for dessert this evening, to have after a special new year's eve dinner. Unfortunately it was so tasty that they forgot to save any for donkey! After dinner, they stayed up until midnight to see in the new year and watch the fireworks - Joseph nearly fell asleep a few times but managed to stay awake in the end.

Mary and Joseph needed a relaxing day today - the weather was horrible, cold & wet and they were tired from such a late night last night. They decided to go to their friend's house for a delicious roast lamb dinner. 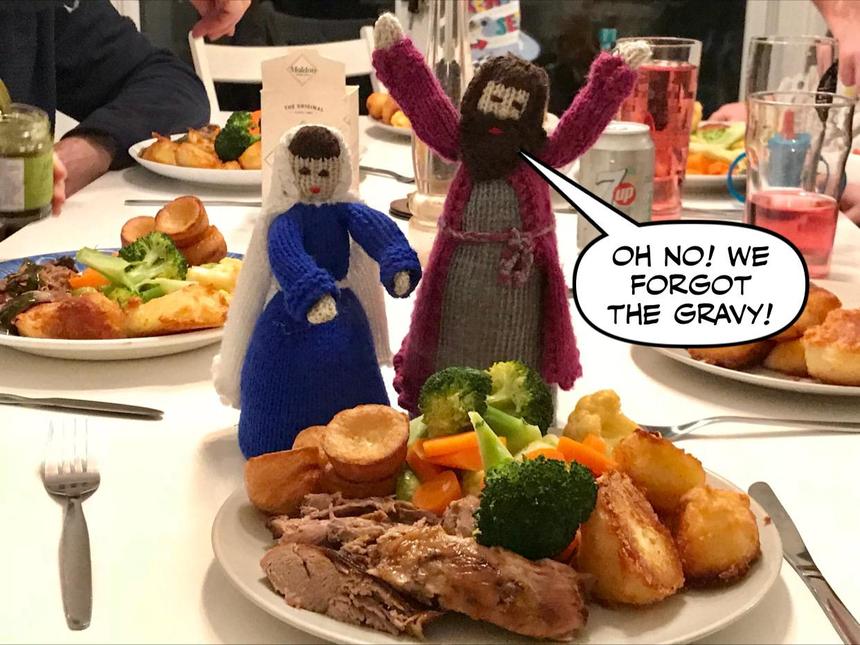 This afternoon, Joseph and Mary went to visit a friend who was at Alder Hey. When they got there, they were astounded to see the biggest Christmas tree they'd ever seen - it was gigantic! 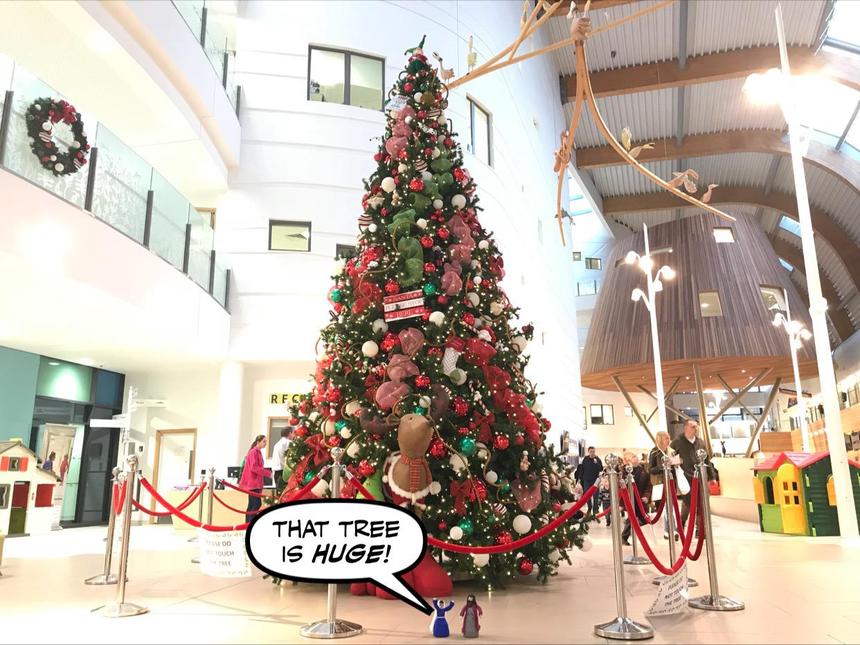 You might have noticed that it is more than a little bit windy today. Mary and Joseph didn't fancy getting blown away by storm Eleanor so they decided to stay in and watch movies. 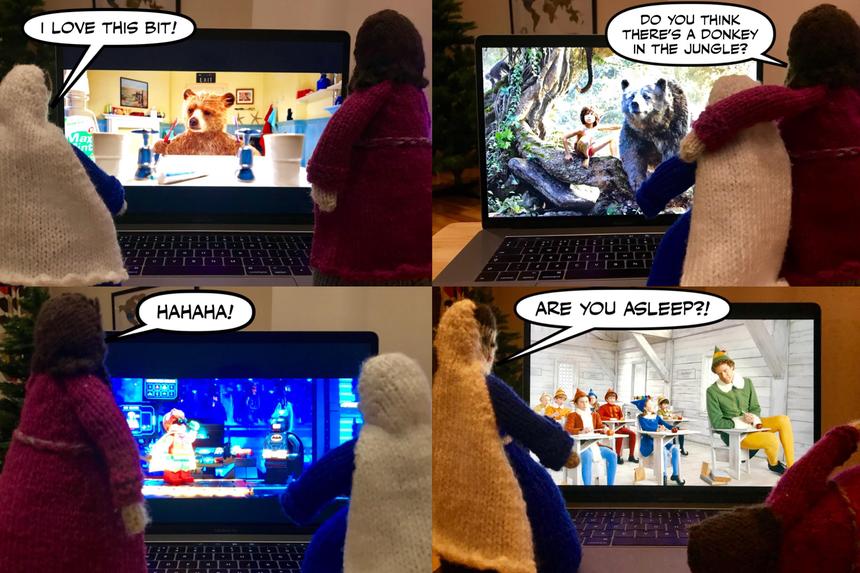 They also had a special message for someone... 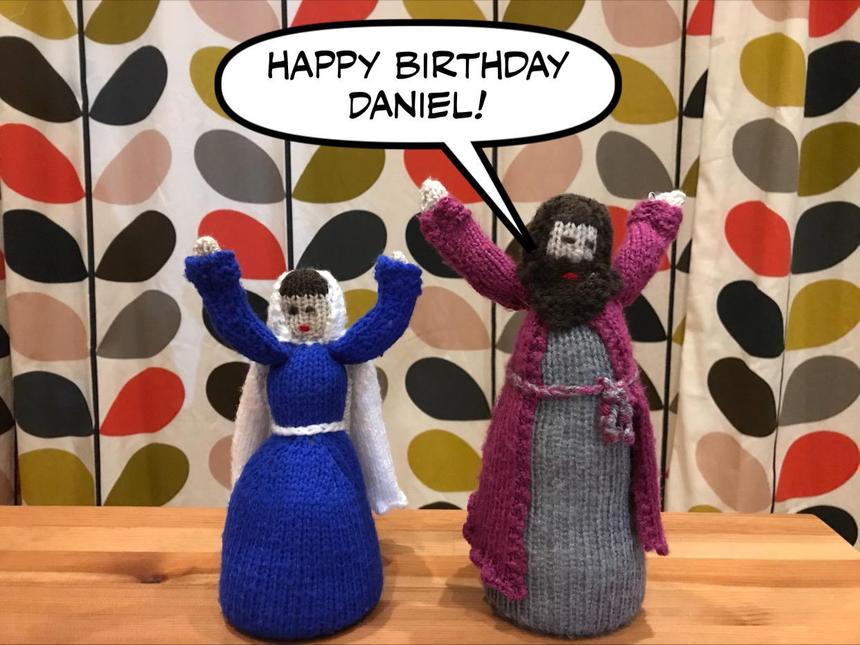 Joseph and Mary had a walk around town today (and managed to not get blown away). In town they bumped into another couple of familiar faces before walking down to the docks for a walk along the waterfront. After a good, long walk they were feeling hungry so went for a Japanese snack - sticky chilli beef, miso crab balls and pork gyozas. 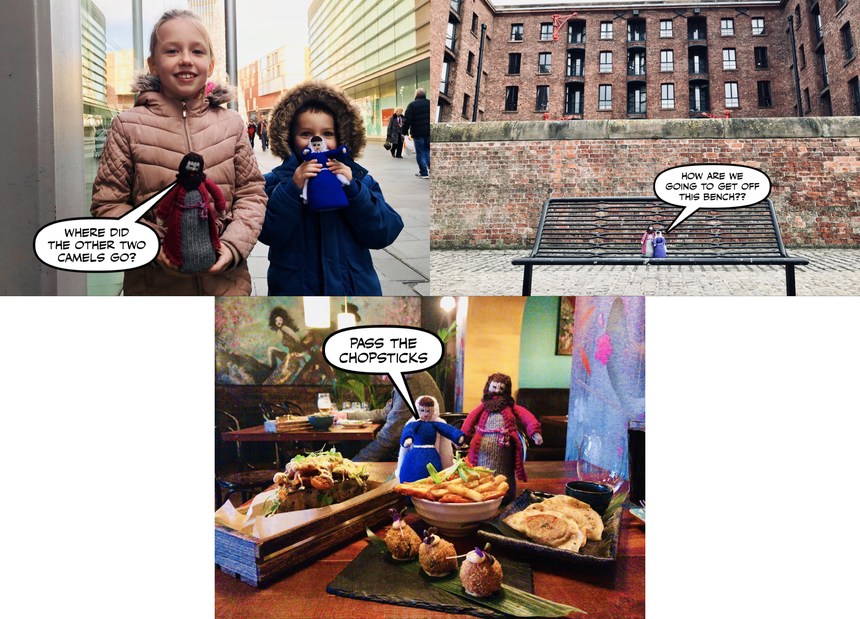 This evening, Mary and Joseph decided to treat themselves one last time before the end of the holidays. I'm sure you'd agree - it's about time they had something to eat! 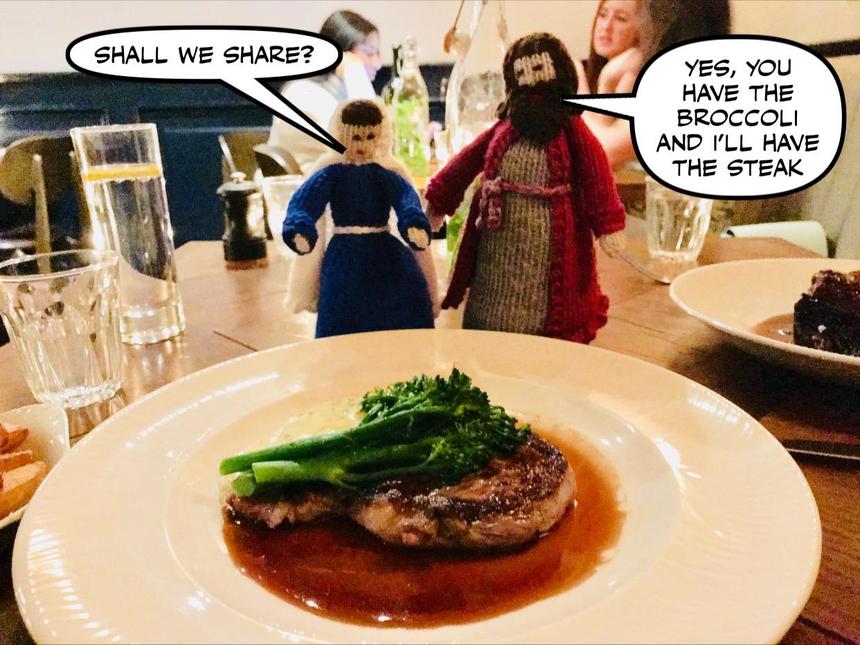 Today is the last day of Joseph & Mary's holiday in Liverpool. They have loved their time here and decided to finish their trip with a walk along Otterspool Prom in the beautiful sunshine. 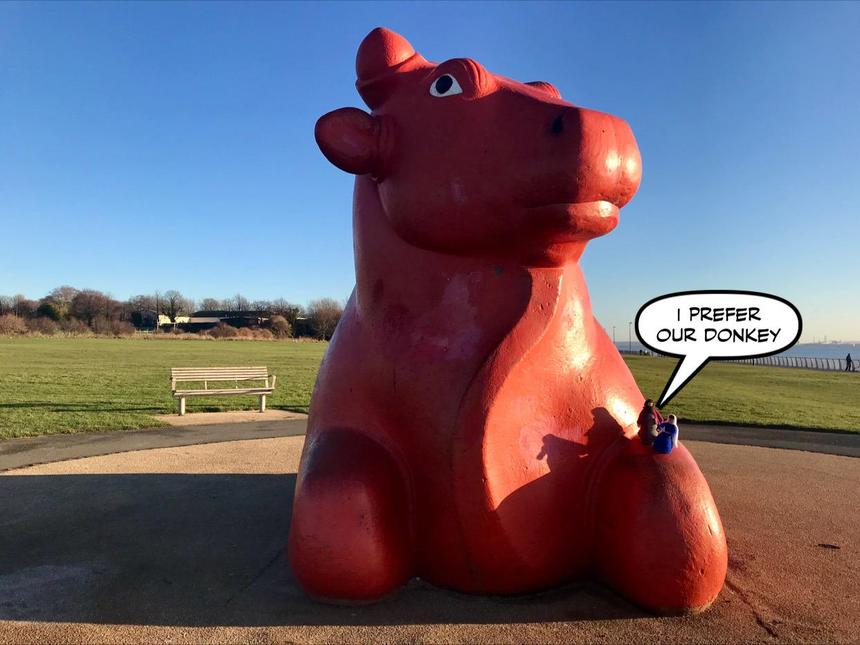 After that, they spent the afternoon enjoying the view and watched the sunset, whilst remembering all the fun they had on their holiday. 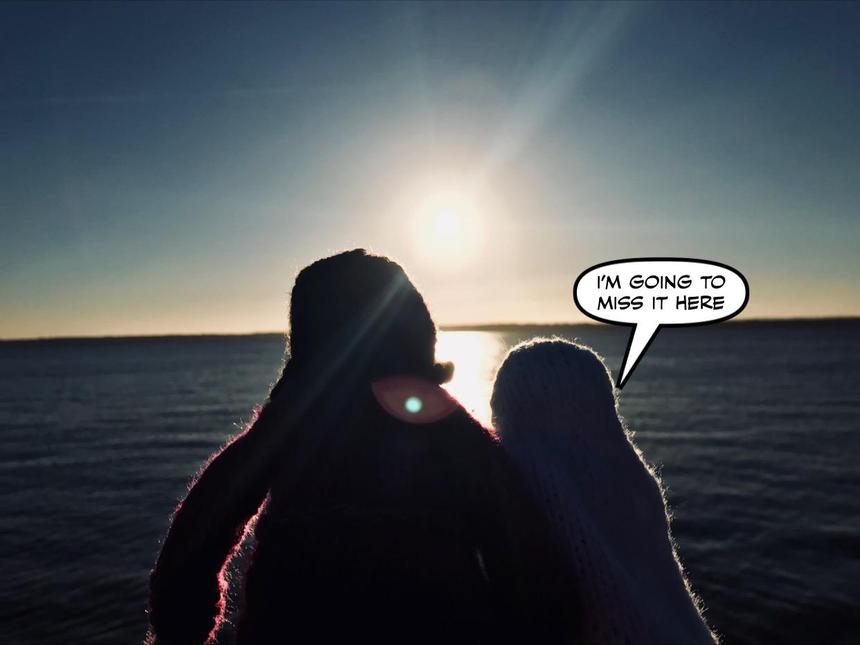