This weekend there will be celebrations for the Chinese new year across Liverpool and buildings including the Bombed Out Church, Town Hall, Sefton Park Palm House and St George’s Hall will light up red for the occasion. The festivities for the Year of the Pig will begin today (Friday) and run until Sunday 10th February. The main focus will be on the Chinese Arch, which was gifted to the city by Shanghai 20 years ago. 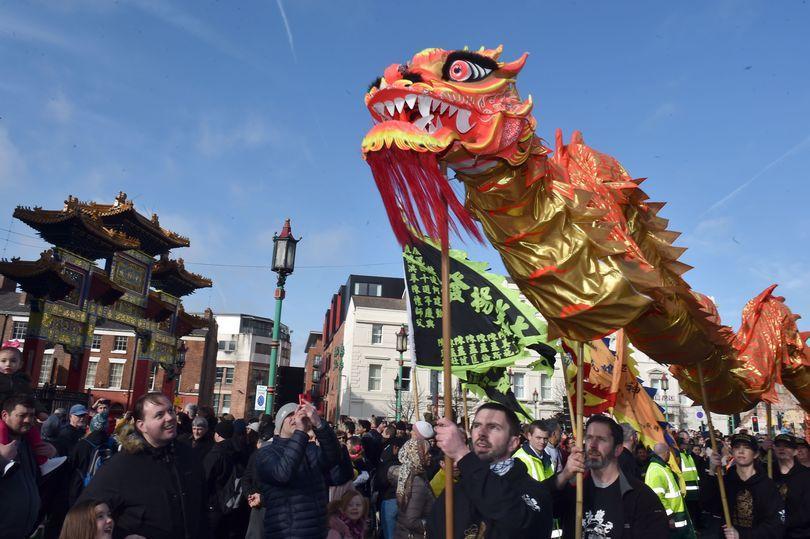 From 19:00 on both days, there will be lion dancing and Chinese influenced street theatre in and around the arch, which will build up to a unique projection and pyrotechnic show at the arch, and on surrounding buildings. Called ‘The Quest for the Arch’, the projections follow the journey of a little girl and a pig from Shanghai to Liverpool.  The soundtrack will provided by musician and composer Jah Wobble and will feature a live element to the performance. It will end at around 19:45.

A number of street and stage performances, family workshops, a fairground, parades, firecracker displays and of course the popular Chinese market on George Street selling gifts, souvenirs and mouth-watering Chinese food will be back on Sunday 10th February.
The family friendly activities will start from 11:30 and take place in and around Great George Square and Nelson Street.  The event will end at 18:45. The Chinese arch street entertainment, the lumiere and pyrotechnic show will also take place on Sunday 10 February from 18:00.

If you go to see any of the celebrations don't forget to take some photos to share with the class.