Do Gases Weigh Anything?

Our investigations into solids, liquids and gases have lead us to think about the gas trapped inside fizzy drinks. We learned that a gas called carbon dioxide is put into drinks to make them fizzy. This made us wonder which drink is the fizziest - this must be the one with the most carbon dioxide in it. We set up an experiment to test which of our 4 chosen drinks have the most fizz. 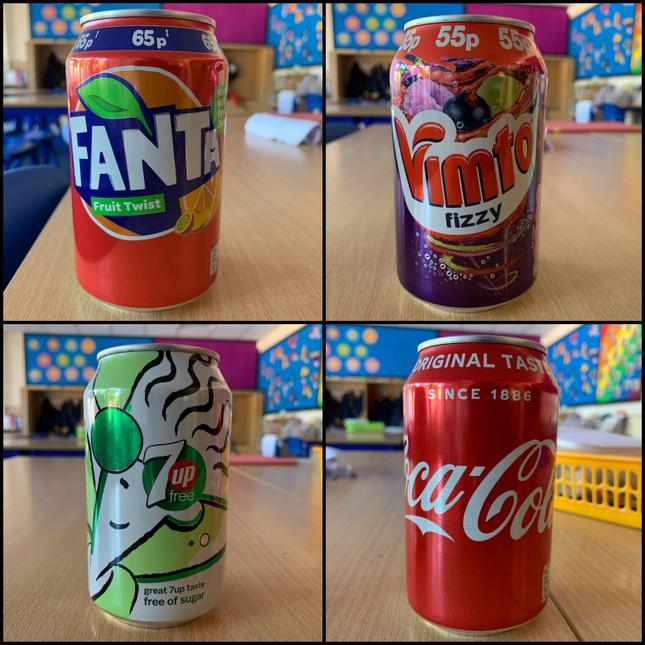 First of all, we weighed them before doing anything, whilst they were still fizzy - see their weights below.

Next, we opened them and let all the gas escape until they went completely flat. Once they were flat, we weighed them again to see what the difference in weight was now that all the carbon dioxide was gone.

Before reading any further - time for you to make a prediction.

Do you think there will be any difference at all?

If so, which one will have had the most carbon dioxide? (so which one was the fizziest?)

Ready? OK, here are our results. We found out that carbon dioxide does have a weight and we were able to measure the amount in each drink by calculating the difference between the weight before opening them and the weight once they went flat.

Can you tell which drink was the fizziest?